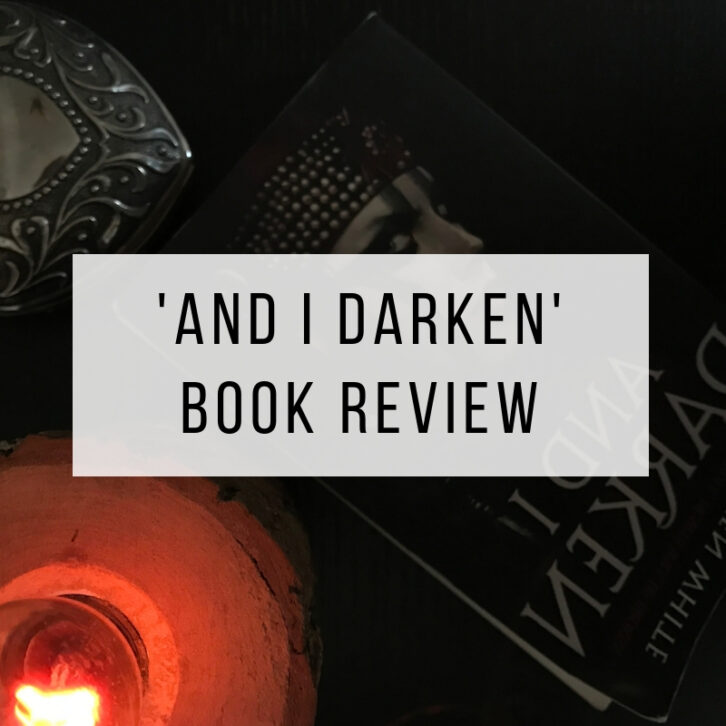 *This review is written by my friend Svenja whom I gifted this novel too, hope you all enjoy!*

Did you ever, in between the lines of a particular book, have to think of someone who really need to read this book, too? If so, you might find that sharing stories can deeply connect readers with one another.

I believe it is for that reason that Imogen invited me – Svenja – to contribute to her wonderful collection of stories and write my very first review about Kiersten White’s And I Darken (The Conqueror’s Trilogy). The book was published (and hyped) last autumn. Anyhow, I only discovered it this spring when Imogen handed it to me, and now it’s my turn to hand the story further on to you.

Growing up in Germany, I have always wandered around in some fantastic places like the Mirrorworld or Alagaesia. So, if you want, follow me devling into the magic version of the Ottoman Empire and of course, into the story of young, reckless, wild, cunningly clever and ugly Lada, princess of Wallachia.

“Lada had a sense for power – the fine threads that connected everyone around her, the way those threads could be pulled, tightened, wrapped around someone until they cut off the blood supply. Or snapped entirely.” [From the back of the bookcover]

Lada’s story begins with her childhood in the dark palace of Wallachia. The wild and ugly girl reaches to outstand her brothers to please her distant and treasonous father who constantly concludes and breaks treaties to secure his throne against Wallachian nobility and foreign rulers. Incidences sum up, and so, Lada’s father travels with her and her little brother Radu to the centre of the Ottoman Empire, seeking for aid from the paganish enemy. To ensure his loyalty to the treaty, Radu and Lada are kept hostage, further raised on the Ottoman court with the influence of Islamic tradition. While Radu embraces the new environment, Lada can never forget where she belongs to, her “mother” Wallachia. Each for their own reason, they both slip into the world of the Janissary – the sultan’s famous army consisting of highly-skilled and paid slaves. But it is only when the two children meet Mehmed, the youngest son of the sultan, where everything changes…”

Sharing my impression about this book with you: Be prepared, it will be hard to summarise. And: For me, and so maybe for you, too, it will be even harder to keep track of which character you want to follow, who you, as a reader, constantly want to be closest too. While reading, it did not really feel like too much would happen but afterwards, I find myself struggling in order to summarise it. The plot itself, in my opinion, is held almost too simple and relatively foreseeable. What gives the whole story its depth, and the reader their struggle to take sides within the narrative, is rich construction of characters and places. I believe this is the reason it took me some pages to really get into the story, after a great first chapter followed some rather long passages but when the scenes built up, I enjoyed reading ‘And I Darken’. The story’s two main settings, the Wallachian as and the Ottoman court, both create a dark, tempting atmosphere, highly reflecting the shifts of power, favour and dependence which the places bear witness to. Similarly, none of the characters are simply “good” or “bad ones” and so it is up to the reader, whether to stick with their favourite figure or abandon them in between the lines. For me, I found Lada’s little brother Radu especially challenging – to be honest, I am still not sure if I see him more as the charming, beautiful, caring lover or as the selfish, jealous, bitter and sly spion. He unsettles me, in the sense that I do not know what to make of him: Radu – in my eyes – proved of quality for a deep, deep love towards others and his heartbrokenness moved something in me. HOWEVER, his way of loving is unsettling yet again, is it ultimatively unconditional or just self-loosing longing and bitterness? Honestly, I found myself having exactly this thought while reading the book. Next thing I thought was, WHY am I questioning someone’s way of loving? I do not even have a clue if there IS a right way of loving – as I said, this book can get pretty deep, if you want.

Whereas the narrative itself concentrates on Lada and Radu’s viewpoint in between the chapters, I honestly must say that I really had a thing for Nicolae, Lada’s entrusted janissary friend stolen – like her – from his native country. I imagine him as quite handsome and I secretly fell in love with his honesty and his devotion to what he believes in. The novel gives some moments in which him and Lada are ALMOST crossing the line between companionship and something more and if you ask me, I was totally in favour of this development – #teamnicolae.

Beyond questions about emotions and relationships, And I Darken  touches topics like power, loyalty, freedom, independence and – surprisingly – religion. Positively surprised though I was discovering religion to be part of the book, it is at this point, where it did not get me involved. The novel, in my eyes, seems to look at religion or personal belief rather, either in critical distance or naïve embracement and I did not find many examples from in between these two poles. Me as a reader did not convince the way the narrative connected church, believer and higher entities – meh. Obviously, everyone is free to believe whatever they decide best for whatever reasons, why is religion or belief such a flat thing in a novel, that lives upon its characters depth? Though faith is mainly Radu’s subject, Mehmed, the beloved and a devout Muslim he is, lacks depth in faith and religion to. I mean, he certainly is one of the main characters, so much involved in the story and – in my eyes – a warm and adorable persona, but I simply can only find and empty space where I would suspect faith and believe and religious DEPTH (you might be able to tell, I lhave a thing for deep books).

I heard there probably will be a sequel to the novel and I really hope And I Darken  can rescue that religion topic for me. Besides, I as a reader have some other things to be looking forward to: I want so see Wallachia through the eyes of its “dragon” (nope, I will not tell you what that is supposed to mean – you will have to find out yourself), I want Mehmed to grow personally and Radu in the story, so that I can think a bit more about him and I really really hope to I will be able to follow Nicolae a bit more throughout the lines.

In the end, it is of course up to you if you want to read this particular novel but if you ask me, I would definitely give it a try. This dark, deep fairytale-like story is touching in its own particular way – and in the way of the particular reader.

The sequel Now I Rise  also came out today so happy book release day for that novel!

Please leave your thoughts and views on this novel in the comments section below! 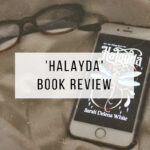 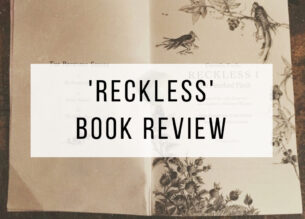 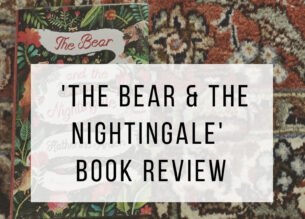 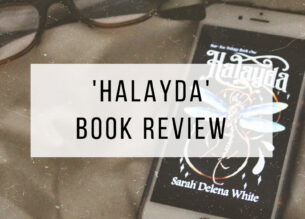 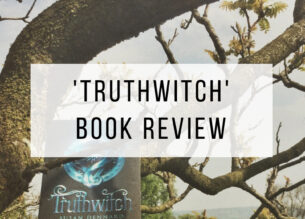