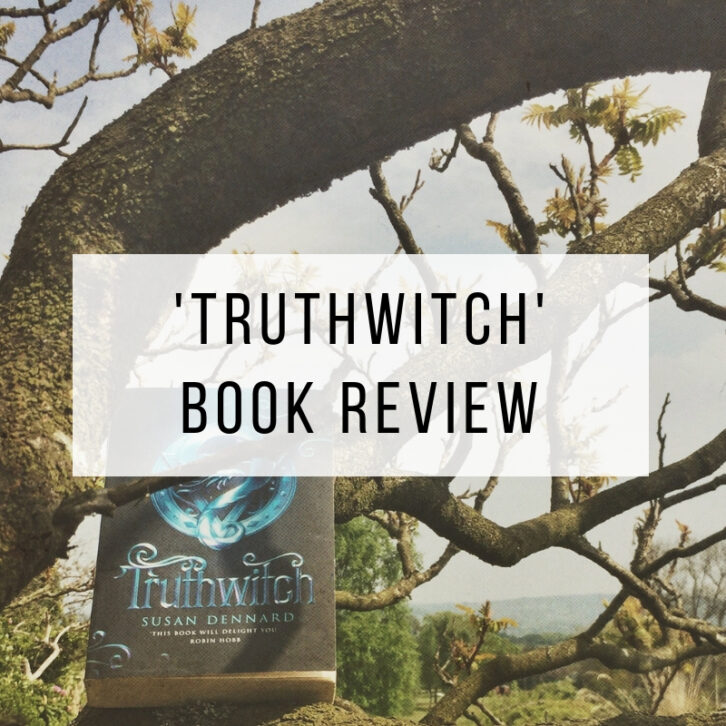 I decided to read Truthwitch after seeing my two bookstagram friends Anna (A Literary Potion) and Sakina (A Forest of Books and Memories) hype about this book a while ago. I know both have great taste when it comes to books due to our mutual love for anything fantasy so I just had to read it. And, who doesn’t like the sound of an epic fantasy, loved by Sarah J Maas AND includes witches (obviously) ?

“In a continent on the edge of war, two witches hold its fate in their hands.

Young witches Safiya and Iseult have a habit of finding trouble. After clashing with a powerful Guildmaster and his ruthless Bloodwitch bodyguard, the friends are forced to flee their home.

Safi must avoid capture at all costs as she’s a rare Truthwitch, able to discern truth from lies. Many would kill for her magic, so Safi must keep it hidden – lest she be used in the struggle between empires. And Iseult’s true powers are hidden even from herself.

In a chance encounter at Court, Safi meets Prince Merik and makes him a reluctant ally. However, his help may not slow down the Bloodwitch now hot on the girls’ heels. All Safi and Iseult want is their freedom, but danger lies ahead. With war coming, treaties breaking and a magical contagion sweeping the land, the friends will have to fight emperors and mercenaries alike. For some will stop at nothing to get their hands on a Truthwitch”- [blurb from my copy of the novel]

Okay, so I had heard a lot of mixed reviews about this book so was really unsure what to expect. Some people love it and some hate it- it seems to be the marmite of the YA Fantasy world. I know there was a massive hype for this book when it first came out but somehow I missed that so I didn’t have any prejudgements of the book itself which is always a good sign. But I was hoping it was going to be good.

The plot follows two witches, Safi who is a rare Truthwitch and Iseult who is Threadwitch meaning she can see others emotions/feelings and their connection to the world. So basically the coolest witch. Can you tell I am biased? Safi and Iseult are both Threadsisters and I found it interesting because Safi is much higher in terms of her status whereas Iseult seems to be very low. The book follows them being chased by various bad guys around a world which seems very medieval. You can tell this book is meant to be a set up for a series for sure but it also does a great job of that.

At first I found it really hard to get around the world building because there seemed to be a lot of words but not a lot of explanation. You really are shoved at the forefront of all the action as a reader. But I really did love this world! I just had to give it some time. I think this is because everything is very unclear to begin with such as the types of witches, who Safi and Iseult actually are and an impending war (I still don’t know how it began).

However, I think which really made the novel was after the first 200 pages everything really started to come together and when Safi and Iseult are both separated there is real development within their characters. I liked that romance wasn’t the forefront of the novel either- you don’t often get a girl/girl friendship being the main vocal point of any novel never mind fantasy.

The one POV which I really enjoyed because there was a lot of POV’s was of Aeduan. He is the Bloodwitch and plays the ‘bad guy’. We all love a bad guy. His witchery was also totally badass. He quickly became my favourite character and I just wanted to know more about him. I was left with so many questions at the end of the book. It wasn’t fair!

All in all, I did enjoy this book and will be getting the sequel, Windwitch, soon. So a big thank you to Anna and Sakina for recommending it to me!