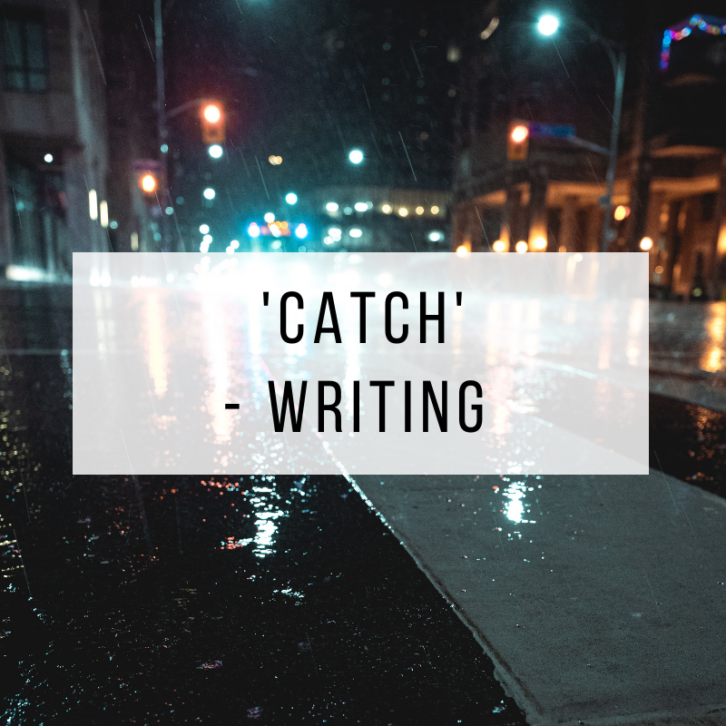 The coke was rising, the clock ticking and the wine glasses filled

I reached out slowly, as if reaching out to something wounded and snapping, and placed my hands tenderly on her spindly narrow shoulders, closing the distance between us in the process. It was funny to have achieved such closeness and still not have known where I stood and where I still stand.

“Larissa,” I murmured, and the word was almost foreign, almost unknown to me; it had not escaped my tongue or thoughts in so many months.

I longed to consume her. Delve into all three states of consciousness, swim through her insides with insatiable thirst. Watch admission after admission stumble from her ruby red lips and collect them with unabashed fascination. I was hungry for the darkness, the secrets, the humanity beneath that soft, polished shell that she portrayed to everyone else.

She looked up with narrowed eyes and I waited. After a sharp intake of breath, she asked, “Do you want me then?”

The beginning of a word leapt from my lips, a hoarse and ambiguous syllable. I could not say either way aloud.

She did not care, evidently.

And with that she flew from my grasp, turning and almost slipping on the slick concrete , muscles bulging as she pounded away towards the deserted and potholed road, rain continuing to assault her.

She had a head start but that wouldn’t afford her escape.

I inhaled with a gasp , sighed at the inevitable, and set off.

It was animalistic, in a way. A hunt of sorts. Thoughts of catching her left my wrists limp with the tease of a chance. The cosmic irony of the situation made me all the more determined. I kept track of her movements as I ran breathlessly through the street. I couldn’t pretend it wasn’t a reptilian sort of pleasure to watch her backside bounce and her legs extend as the issue at hand went pleasantly ignored, swept under some fortunate and temporary mental rug.

She was fast, much faster than I’d anticipated, and I could feel the lazy stirrings of arousal in spite of myself.

“Getting tired?” she called back, and I was relieved to hear the note of mischief in her voice; anything was better than the stab of what I’d suspected earlier: cold, stiffened disappointment and slight pity.

Not even remotely,” I panted, but it was a lie; the high was slowly dropping into a low and my legs began to feel heavier and heavier, protesting the motion more and more fervently.

“Good,” she replied, though I could tell she was tired too; her breathing was heavy and ragged. Squeezing a cramp from her side with a tight grip, she suddenly took a sharp right turn and leapt gracefully over the hood of an old gray Jeep. Hoping I didn’t snap my ankle, I followed in short succession, almost wiping out on loose gravel nearby. The rain had lessened, but spikes of lightning still rained down in the distance, stamping black marks on the foothills that we would never see.

We were in a residential area and I wondered exactly where she planned to go, as all the property was private and there was a cul-de-sac at the end of the long and narrow street.

“You might as well stop,” I called out to her, but to my amusement , she picked up her pace and continued on.

The loudest thunder yet exploded above us; it seemed right overhead, perhaps not even fifty feet up. Larissa, startled, lost her concentration and slipped on the wet concrete, falling to her knees, then backwards in limp defeat. I came to an unsteady, sliding stop next to her and fell to my own, abruptly forgetting there was a world around us, not even feeling several sharp pebbles sink into my skin.

I brushed the dirt from her brilliant blood and she moaned; I kissed the wounds, ignoring the fluid, refusing to notice whatever expression might have been on her face, and kissed her thighs with a degree of fever I never thought I’d have, and my stubble pushed and irritated her skin and I savored the softness and the roughness of it all and I couldn’t give a single care because it was happening, finally, all of it, all at once, all to us.

She moaned again, this time in longing, and the blood smeared my shirt as I climbed over her, every inch of my body shaking, breath coming in heavy gasping waves, and she looked terrified and somehow stoned out of her mind, pupils dilated to an absurd circumference, reflecting my unsteady expression in their inky, fluid pools. Blood, sweat, rain, maybe tears – I was on her, skin meeting, finally, and everything was tingling, electric, on fire, amazing, like my nerves were erogenous, like sex without sex, and oh god my stomach was crawling with something clawing to get it out, some relieved and pent-up sort of scream.

And there was too much – regret for waiting, hope for reciprocity, and a tiny candle of guilt flickering in the back of my mind, quickly snuffed by the breath of passion that might as well have been tied to the turn of the earth –

“Please,” she breathed, and I had no idea what she was asking for, but our eyes met again and held that meeting. I was vaguely aware of the sting in my knees, the stiff reluctance encroaching on my legs. Her pockets had spilled on the pavement; keys, her phone, and two tubes of bright red lipstick went rolling.

Every molecule was pulling, demanding, forcing – I could not stand it any longer, the ridiculous distance of inches between us, and I hated the memory of the months we’d turned those inches into miles and I hated the fact that I wanted her so much – especially now – but there was nothing to be done. We were laying in the middle of a cracked road in the midst of one of the most dangerous thunderstorms we’d had in years and I didn’t care, I just didn’t care about anything else.

“Please.” There was that little sigh of breath again, that modest begging, and I thought that I knew what she meant. Her gaze had intensified. I was close enough to smell her skin: sweet feminine sweat, the aftertaste of honeysuckle, cigarette smoke. There were freckles on her chest, which heaved with each breath, the plump tops of her breasts rising and falling under her wet shirt. My insides felt close to imploding from the want; I could have cried and I marveled that my lips still hovered at all. My scalp tingled as my heart threatened to pound its way out of my chest, pumping blood in a hurry to my cock.

“Kiss me, what are you waiting for” she suddenly cried, making me jump, her eyes wide in concentrated frustration, her hands on my cheeks, fingernails like claws digging into my skin, teeth bared, and I thanked her – thanked God – for her wanting, and her brow was furrowed, furious for having been denied by millimeters.

Inaction was not her forte, it seemed, because as she clenched her legs ever tighter around me she pulled my face to hers with surprising care and pressed our lips together, moaning softly, moving to suck on my bottom lip, bucking her hips against the hardness that was pressed so honestly against her, perhaps unconsciously and perhaps not; I moaned to match her and pressed just as passionately, slipping my tongue just slightly between her chapped lips, running my hands without fearing protest over her bra-strapped shoulders and to the nape of her neck, where they settled contentedly on her warm and soft skin.

Euphoria. Better than cocaine, and just as good if not better. It spread like the comfort of a roaring fire and a tall glass of expensive whiskey over my drenched body and my brain seemed almost overwrought with longing, because whenever we humans are happy with what we have our first instinct is to strive for more. I was still so hard against her, my jeans chafing her naked legs, and I became aware in a panic that I was close to orgasm.

“Oh, you…” I muttered, gasping for breath as we broke that kiss, my head spinning and dizzy. Her hands were in my hair, entwined and comfortable. She moved them back down to my face and I put my palm against one of hers and closed my eyes, savoring the feeling, still trying to determine whether or not all of it was completely real, reeling with the knowledge that everything had changed so quickly – and by such beautiful coincidence.

Her face was in my hands and I pressed her forehead to mine, wishing foolishly to remain in that position forever, allowing a muffled cry of anguish to escape my lips when I pulled away from her, not wanting to open my eyes. I stood and she stood with me, her hand in mine, and when I opened my eyes she was turning to leave at a sprint.

Not thinking, I seized her by the wrist and turned her; the rubber of her trainers  squeaked and she suddenly looked angry and pained and terrified all at the same time, as if running was all at once a very good idea.
I couldn’t move, not really. I felt my phone buzzing furiously in my pocket and the ruined tips of the paper cards in my wallet and couldn’t care; anxiety and euphoria were reacting, filling my gut with an intuitive tingle and my head with an ache I knew no drug would be able to take away. I watched, stomach fluttering, until the dot that she’d become turned a corner, out of my sight – my grasp –  for God knew how long.
There was a sinking feeling that we’d happen no matter what.
Into oblivion